Heating and cooling are the largest sources of
greenhouse gas emissions
in the average Australian home. 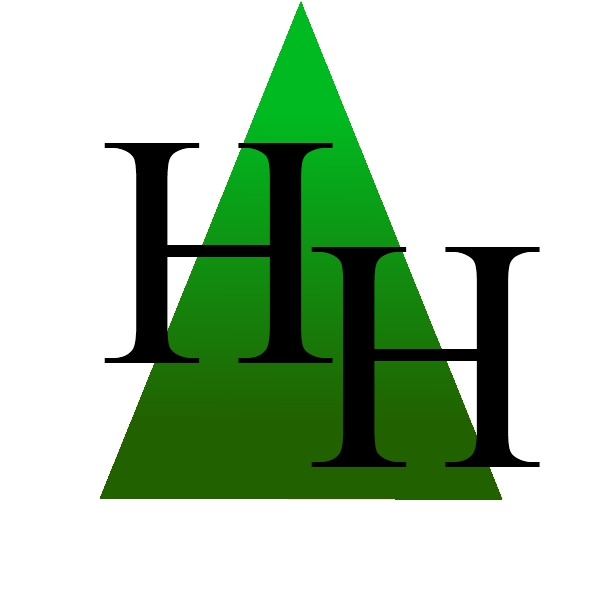 When budgeting for a heating or hot water system there are three factors that should be taken into account.
The first factor is the cost of purchase, then the cost of installation and lastly the running costs. Over the lifetime of an appliance the running costs can amount to a small fortune proving to be the largest of the three costs.

As the chart below clearly shows the two greatest users are heating/ cooling and hot water heating. This chart is from the Energy website of the Department for Transport, Energy and Infrastructure. 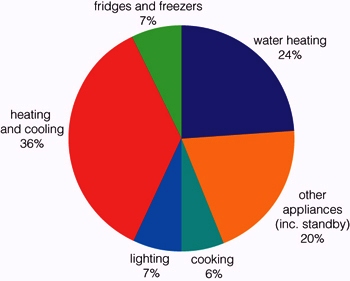 The running costs in turn are affected by the impact that the unit will have on our environment.

What is the Carbon Tax and Governments Trading Scheme?
Between 1995 and 2005 carbon emissions in Australia grew by 43% against the UK's 4%. In 2000 we ranked number 9 on a list of 185 countries using then 25.5 tonnes of CO2 per capita In 2007 we were number 12 on the list using 17.2 tonnes per person per annum. That still keeps us in the higher end of the list but it is encouraging to know that we are headed in the right direction. 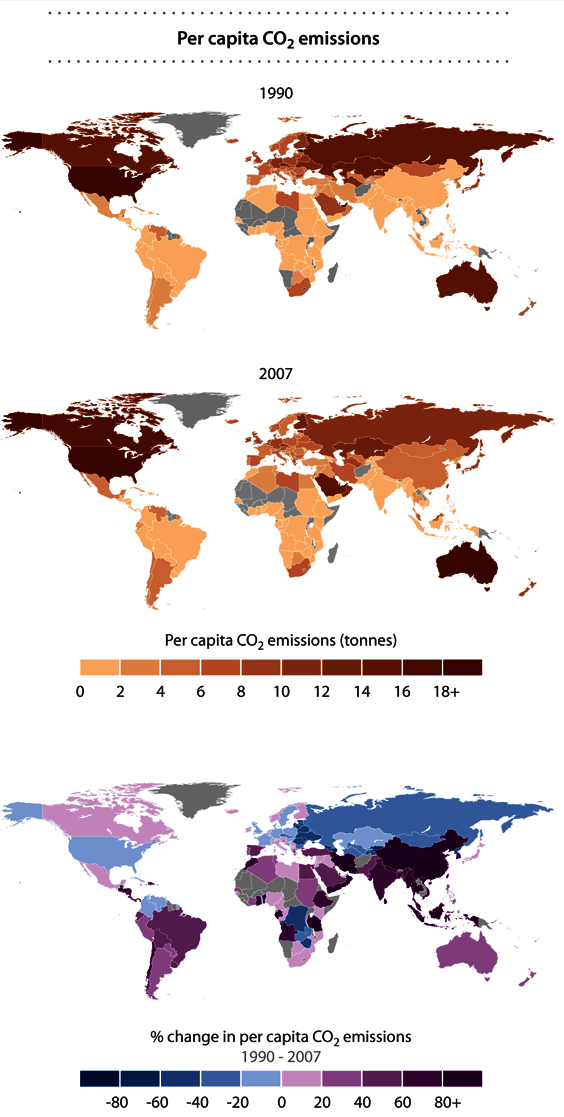 With growing pressure from national and international community's the way we use energy is changing and will continue to change.
In 2001 the Renewable Energy Target (RET) was created by government to help establish and develop renewable energy industries and markets.

Carbon emissions is how much carbon, measured as a weight in tons or kg's, a unit of energy produces.
This weight will be linked to the price of energy in the form of an energy tax.

The following graphs give an indication of what will happen to energy bills once the Federal Government's proposed carbon tax scheme is factored in, or in other words when people start paying for their energy in part per kg. 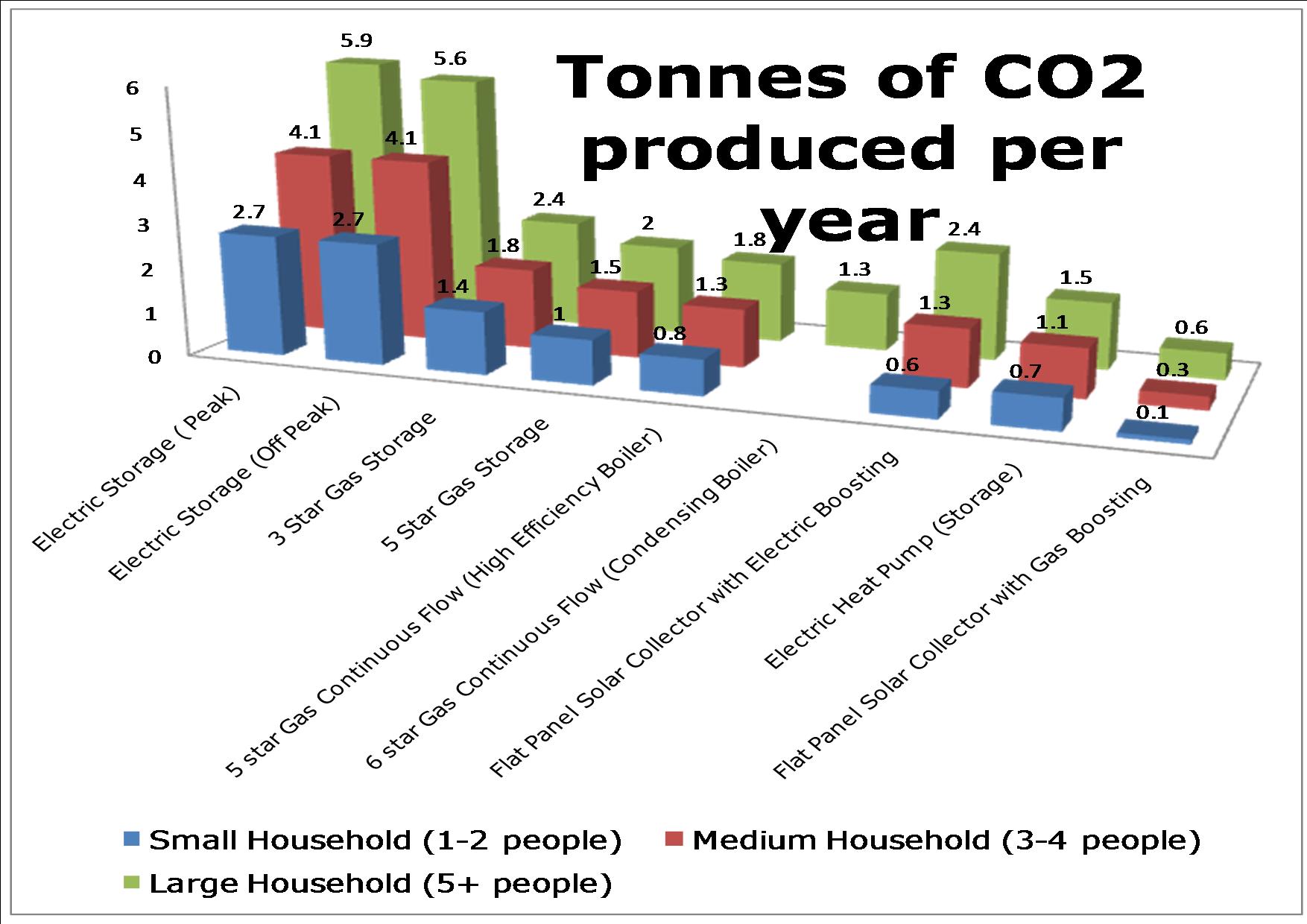 In lieu of these coming changes the government at different levels has taken steps to encourage people to make the change before the taxes are ushered in.
Electrical Storage tanks are no longer allowed to be installed in many suburbs and only 5 star rated gas continuous flow hot water boilers may be installed residentially.

The amount of REC's awarded to a model depends on how efficient it is, what the capacity is and which REC's zone the installation is going to be installed.
Comparing REC's is therefore a way of comparing efficiencies of different models of heat pumps or solar systems.
1 REC equals 1MWh of generation from a renewable source.

The amount of REC's awarded for a certain brand is multiplied by the value of the REC's at the time of purchase and the total amount becomes your discount off the sale price (e.g. 30 RECs X $25 =$ 750).
Most manufacturers have their own REC's calculator on their website to help people find out how many RECs the unit is eligible for.
Simply select a hot water system from Reece's site here, visit the manufactures website and select their REC's calculator or phone them up and ask.
Alternatively one could simply visit the Office of Renewable Energy and use their REC's calculator.
When applying for REC's the brand and model of the solar or heat pump hot water unit is needed as well as the climate zone where the unit is to be installed.
Adelaide is in Zone 3, but most REC's calculators ask for your post code (see below for a Zone map).

Of course I am happy to walk you through the process.
Whatever your choice, I can provide further advice and install it.

Some renewable energy systems that attract RECs include:

More information about REC's is available on the Office of the Renewable Energy Regulator website:

Other incentives are at December 2010:
Federal Rebates
The Federal Government assists households to save money on power bills and reduce their carbon emissions under "The household Renewable Energy Bonus Scheme". Eligible households can claim a rebate of $1,000 for a solar hot water system or $600 for a heat pump hot water system. This rebate applies for systems ordered and purchased from 20 February 2010. However these rebates are decreasing and these figures are only accurate at the time of publication.
Who are eligible?

SA Government Rebate
An additional rebate of $ 500 is available to low income earners & pensioners to install a solar or a heat pump hot water system from the SA government
you must hold one of the following concession cards:

For more information go to energy.sa.gov.au

For all service or repairs to existing hydronic

To learn more about the installation of new gas, hot

In 1999 following research and consultation into greenhouse gas emissions of buildings the Australian Government and the building industry agreed to work towards making buildings more energy efficient by encouraging voluntary best practices in design, construction and operation and to eliminate worst energy performance practices by incorporating a minimum performance standard into the Building Code of Australia.

6 Star ratings are applicable to new buildings and alterations done to existing buildings.

Initiative and foresight is encouraged.

In Germany buildings are required to generate 20% of their energy requirement.

To achieve a 6 Star rating consideration must be given to design and orientation, insulation, ventilation, glazing and an assessment of the efficiency of appliances used for hot water, heating and cooling. 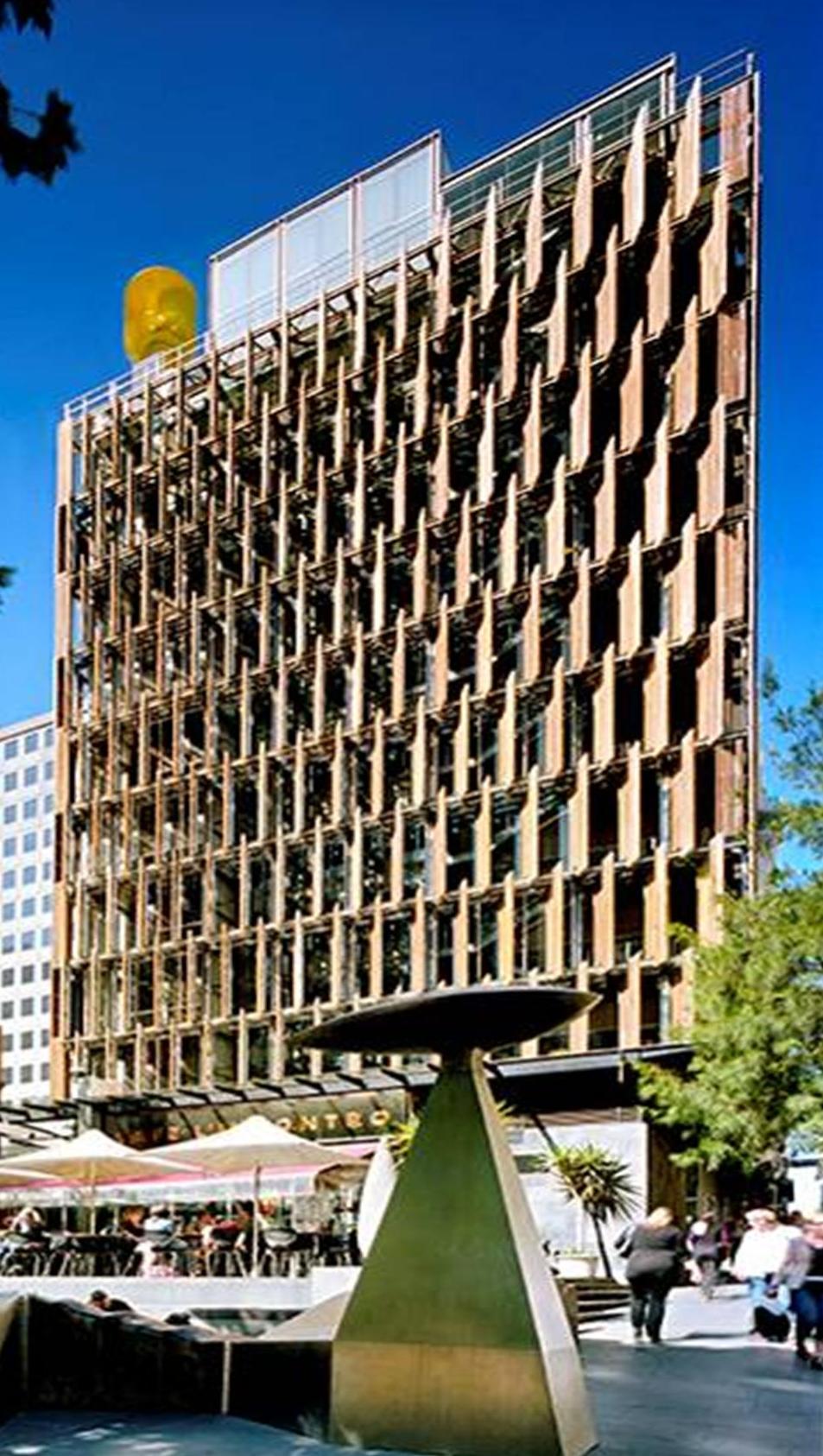 The objective of the Council House 2 (CH2) is to raise awareness of sustainable design concepts and to provide a healthy and comfortable working environment for its staff.

A study has been made looking at the benefits of a healthy and comfortable work environment and the impact it has on productivity and well being of the staff.

It is reported that absenteeism has dropped from 3.6 days to 1.5 days per year.
Apparently this is a saving of $2.4 million annually which could pay of the $11 million spent on green technology within 5 years!

And that is not even taking into account the saving on energy.

I have included the links to Melbourne's CH2 website and to an article written in the Green Source Magazine.

Due to sustainable design heating and cooling switch on only for a few hours in the morning and/or afternoon to boost the thermal comfort.

Attention has been paid to thermal mass, air ventilation and shading.

Heating and cooling systems are fed by a hydronic installation.

The hydronic heating system is designed to act as a boost providing a warm air blanket only at the windows. 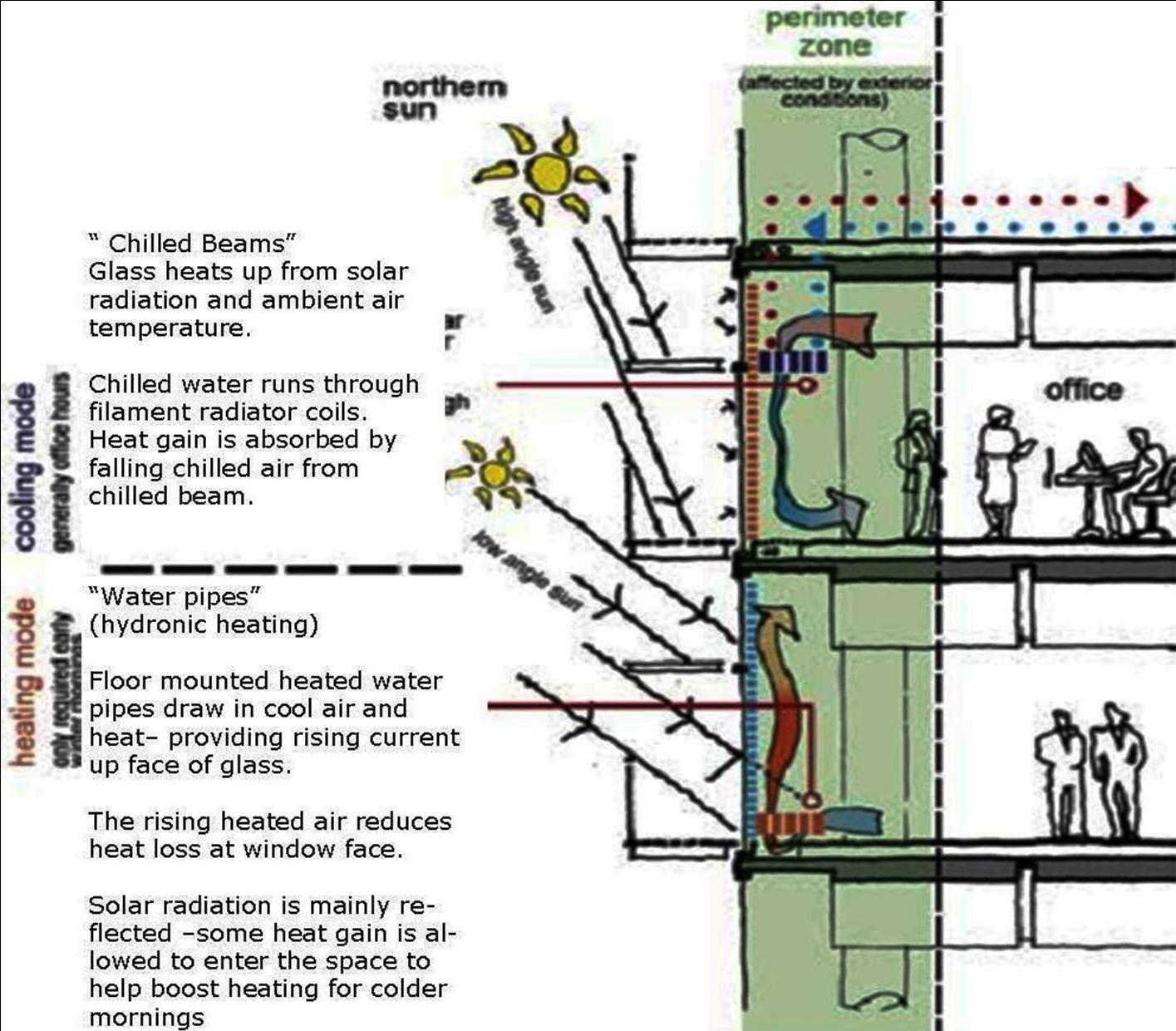 The primary heating is done by recycling the heat generated by passive sunlight, people within the building and the computers and other electrical devices. This heat is trapped in the undulating ceiling and transported away through the ventilation. 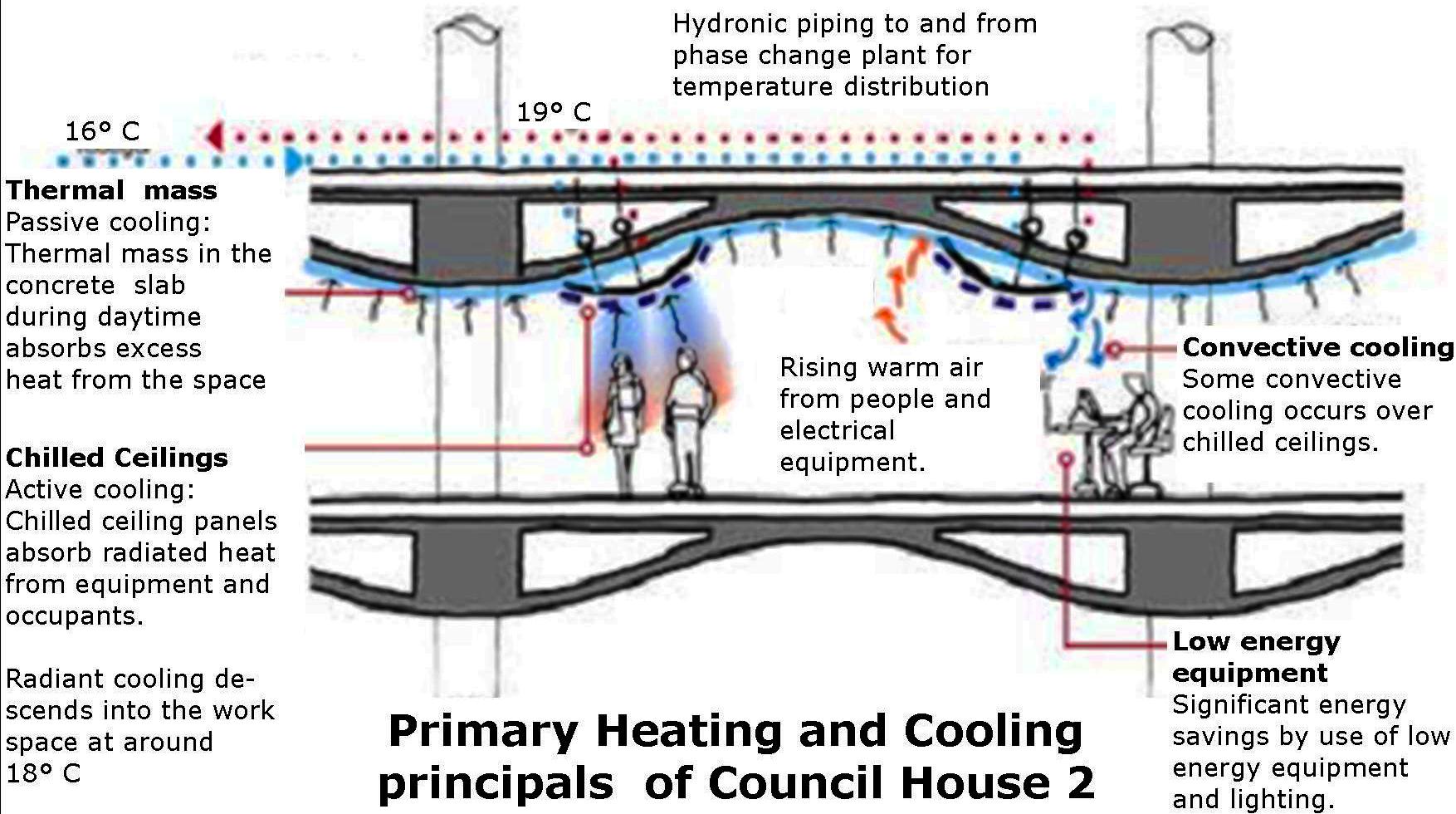 The heat is finally extracted from the stale air and then re added to the fresh air. In this way the heat is cleverly recycled.

40% of the energy used for heating comes from recycling extracted waste heat.

This is the same concept a condensing boiler works on.

A combination of 26m2 of photovoltaic's (PV solar panels) and a gas fired co-generation plant will provide the bulk of the electricity needs.

The solar panels actually track the sun on rotational axes.

60% of the office's hot water is provided for by about 26m2 of solar panels boosted by natural gas.

Through solar and recycling technology boosted with natural gas, carbon emissions are expected to be 64% less than 5 star buildings. Natural gas consumption will be reduced by 87%.

The CH2 building in Melbourne led the way being the most energy efficient in Australia and possible the world at the time it was built. Since then there has been an explosion in green buildings with 250 new buildings aiming at achieving green stars.